As English language arts teachers know best, teaching students to read is multi-faceted and incredibly complex. One of the best professional development (PD) experiences I have had was Close Reading led by Doug Lemov and the Teach Like a Champion team. At this PD they emphasized and re-emphasized the importance of text selection when teaching students to read. Specifically, they shared what they have coined, “The 5 Plagues of the Developing Reader” and the need for teachers to choose texts that target these five plagues. By exposing students to the five plagues in a setting where the teacher and peers can dialogue and analyze the texts together, we are then teaching students how to comprehend and analyze complex texts on their own. The first of the 5 plagues is:

Archaic Language — “The vocabulary, usage, syntax and context for cultural reference of texts over 50 or 100 years old are vastly different and typically more complex than texts written today. Students need to be exposed to and develop proficiency with antiquated forms of expression to be able to hope to read James Madison, Frederick Douglass and Edmund Spenser when they get to college.”

For teachers who often have limited resources or school funds to purchase texts 50-100 years old, it makes it difficult to give students access to these texts without infringing on copyright laws. Until NOW!!

On October 27, 1998, President Clinton signed the Sonny Bono Copyright Term Extension Act, extending the copyright on works created before 1978 from 75 years to 95 years. So, for the first time in 20 years, thousands of previously copyrighted works from 1923 entered the public domain on January 1, 2019. This is especially significant given that the last release of items on January 1, 1998 was pre-Google. Now, according to an article published by the New York Times, “Google Books, which has more than 30 million works scanned in its vast online digital library, will release full digital editions of works published in 1923, among them Edgar Rice Burroughs’s ‘Tarzan and the Golden Lion’ and Edith Wharton’s ‘A Son at the Front.’” Here are directions on how to find and download public domain books on Google.

ELA and theater teachers rejoice! You have now gained access to thousands of additional texts that will help students “develop proficiency with antiquated forms of expression.” 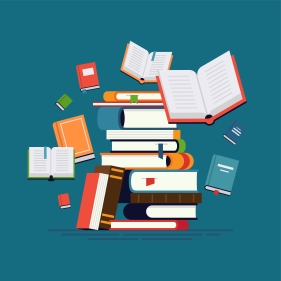 There are several places to find lists of the works published in 1923. Goodreads has created a list of the Top 200 books published in 1923 including New Hampshire by Robert Frost, Tulips & Chimneys by E.E. Cummings, The Murder of Roger Ackroyd and The Murder on the Links by Agatha Christie, and The Prophet by Kahlil Gibran. Wikipedia has compiled a list of 1923 literary events and publications. Lastly, the Duke Law School broke down the works by films, books, and music with direct links to some of the works. They also compiled many of the 1923 works into an excel file.

Enjoy exploring and strengthening your students’ reading skills as you expose them to the many works of 1923!